Around the World in Eighty Minutes

The idea for our cross-curriculum project this year came from Jules Verne’s Around the World in 80 Days, the story of Philleas Fogg, and his assistant, Passepartout, who attempt to circumnavigate the globe at record pace. As the first part of our Bilingual Presentations is usually a musical lasting slightly more than an hour, it seemed convenient to modify the title to Around the World in 80 Minutes.
The theme has provided ample opportunity for pupils and teachers alike to exercise their creativity. For example, in Maths and Physics pupils investigated speed and calculated how long it would take various machines and animals to travel around the globe, assuming they were capable of keeping up their maximum speeds for long enough. In Chemistry the subject of fuel was carefully examined – with no fuel it is rather difficult to travel at all, let alone at speed. In Art and Crafts many of the decorations and props for the performances were produced. In German pupils read and discussed Die Reise einer Fleeceweste, by Wolfgang Korn, and then researched clothing companies and the working conditions of the people creating the garments for them.
Here is some of the work the pupils have produced during the year: 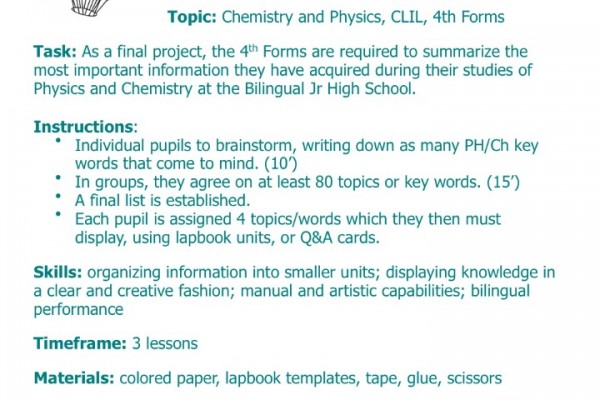 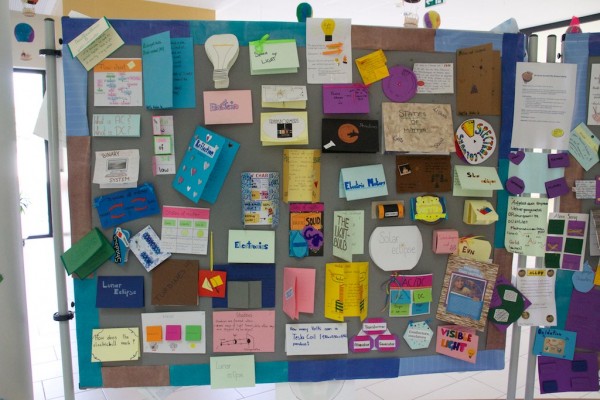 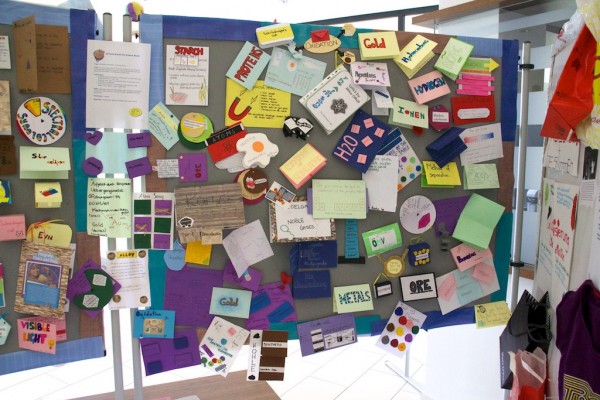 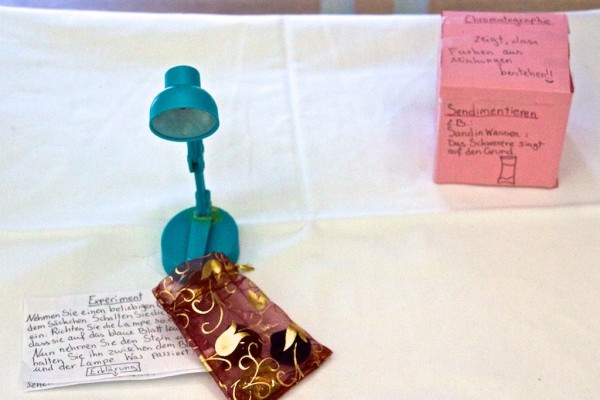 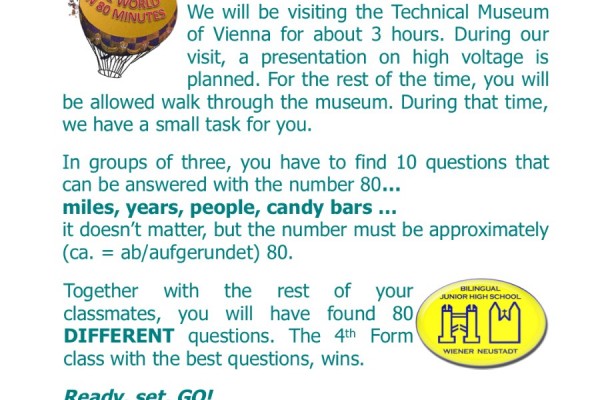 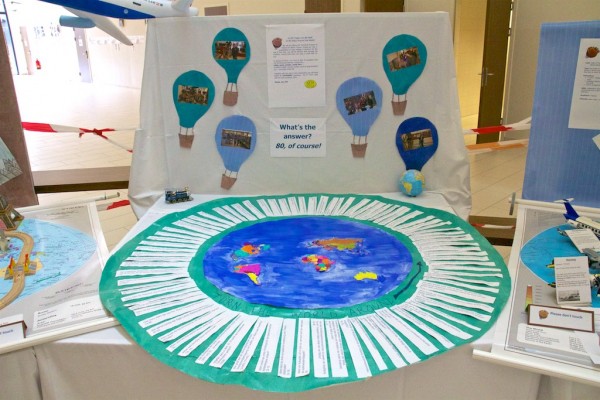 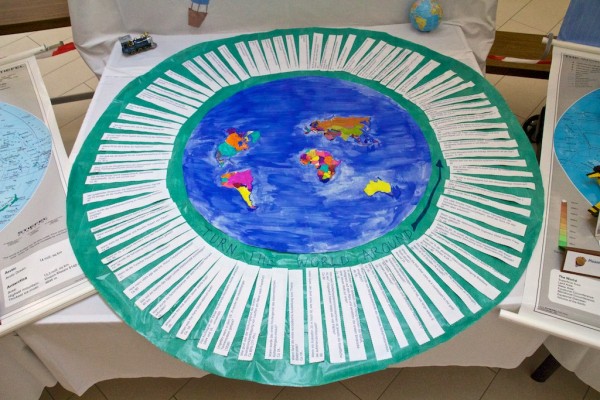 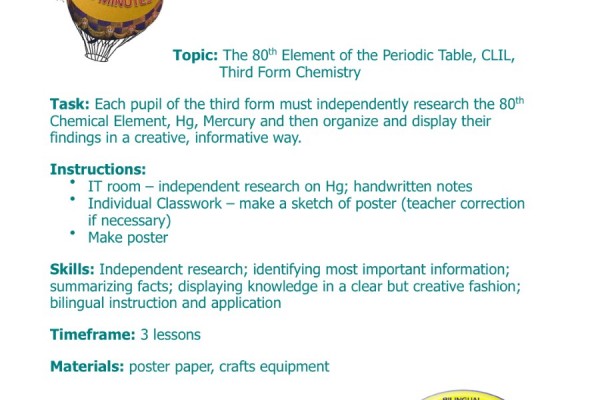 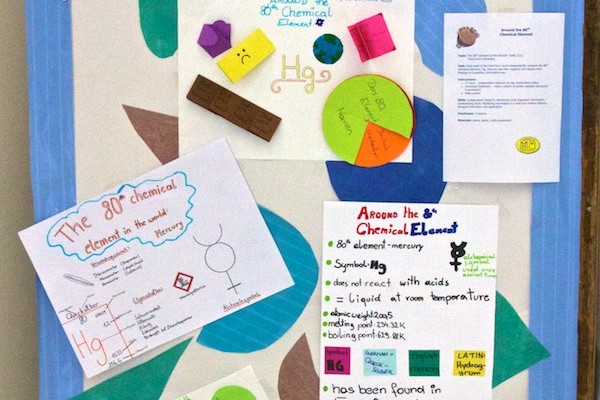 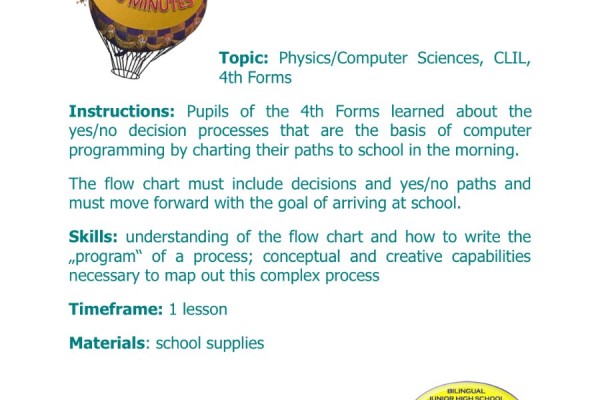 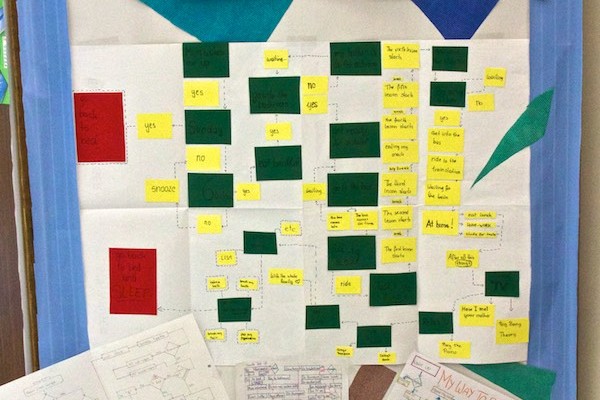 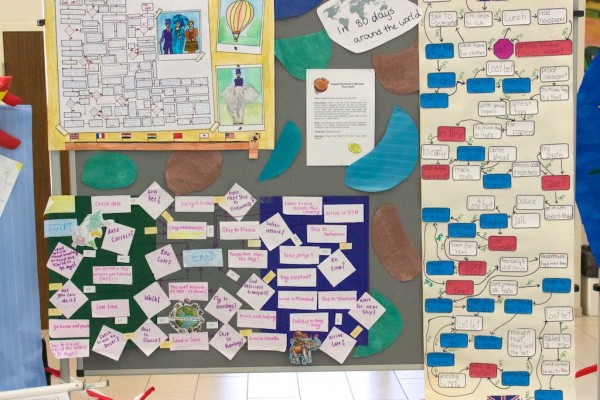 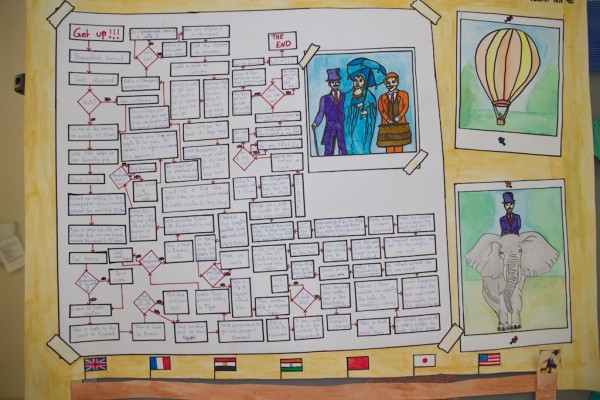 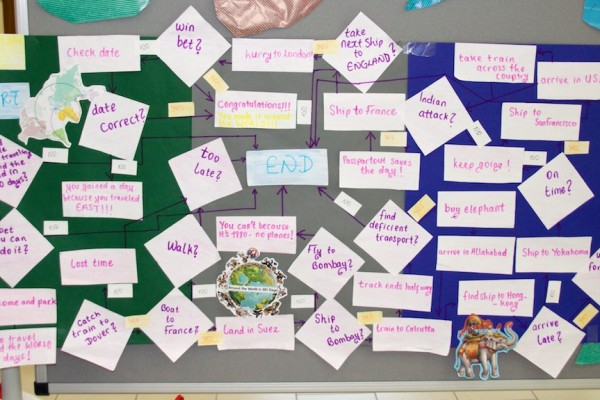 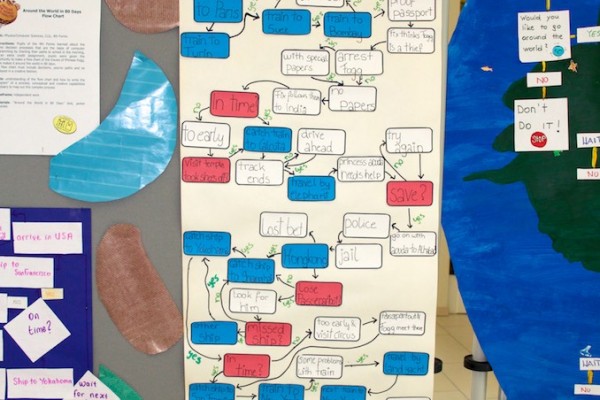 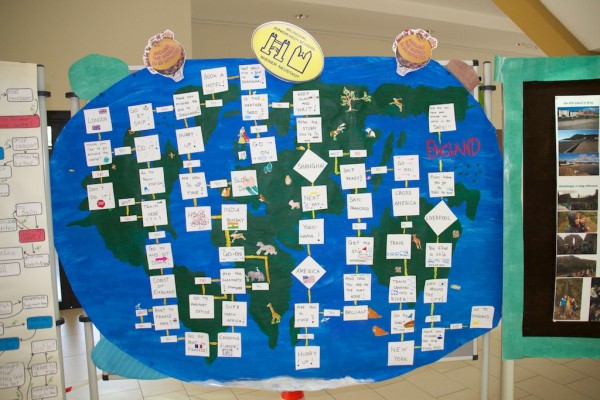 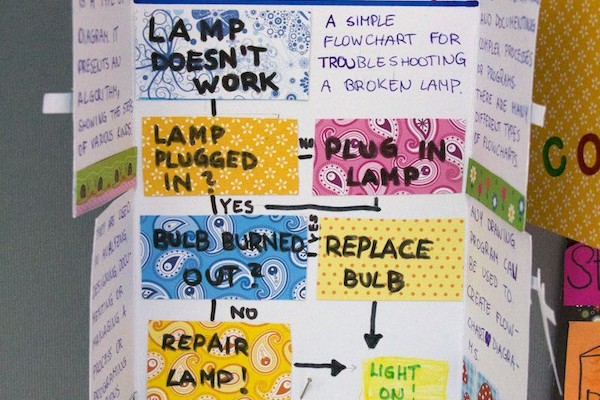